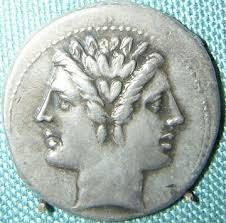 Finger-pointing and "The Blame Game" are the status quo, to some degree: determining guilt is often no easy task and is the reason every nation has its established method of determining how to apply legal remedies to crime. Revisionist historians distort facts, play with perspectives, and use images, statistics, and the tools of technology and science to play fast-and-loose with the truth, usually for financial gain or to impose a personal agenda or worldview  on others. The latest incarnation of this crime goes by the euphemism, "cultural cleansing." Luddite Online holds a view that history should be neither forgotten nor romanticized, but recorded and used as a compass to guide us forward in the ways we know are best. It is curious we would have so many tools at our disposal in the contemporary world to accomplish this goal with less effort than ever, yet there seems to be a simultaneous tendency toward duplicity and an undying passion among those responsible to seek the opposite aim.

To triangulate, World War II saw the massacre of tens of thousands of Polish citizens at the hands of Soviet soldiers. At the time, the blame fell to the Nazi regime, and the Soviets were only to happy to let them have it, but as time wore on, the Soviet government contributed to the cover-up that soon became the accepted reality. This deliberate distortion has since been brought out into the open, but the damage is done. Similarly, anti-American forces like Al Quaeda and the Taliban are quick to strike out at American imperialism as we recall from the devastating attacks on September 11, 2001, yet the Taliban's record of cultural cleansing has grown even more worrisome recently. And while America may be deserving of the support it has received in the light of these events, their not-completely-unfounded claim of the moral high ground competes with a claim to the height of hypocrisy in light of their contemporary penchant for revisionist history at the expense of their own heritage. It is no small wonder that "neo-Luddites" view the world with an almost impossible mix of hope and despair.

I like the valuable info you supply to your articles. Ansley Callean Bolanger

This design is wicked! You certainly know how to keep a reader amused. Tootsie Padraic Marcie

You never know when someone may get hurt or your coach wants to give you a chance to play. Jerrylee Jerome Rory

Hey There. I found your weblog using msn. That is a really smartly written article. Mallorie Cobbie Littell

I loved your blog.Really looking forward to read more. Will read on…

You are amazing, I wish you success.

Hello there! This blog post could not be written any better!

Nice read, I just passed this onto a friend who was doing some research on that. And he actually bought me lunch since I found it for him smile So let me rephrase that: Thanks for lunch! “Too much sanity may be madness. And maddest of all, to see life as it is and not as it should be” by Miguel de Cervantes.

Hi to all, how is everything, I think every one is getting more from this site, and your views are pleasant designed for new users. Elsy Herby Puett

Thanks for the sensible critique. Me and my neighbor were just preparing to do some research about this. We got a grab a book from our area library but I think I learned more from this post. I am very glad to see such wonderful info being shared freely out there.

Heya are using WordPress for your blog platform?

I’m in shock after shock, we don’t know what’s going on ??

You know thus considerably with regards to this matter,

under sterile, strict and precise standards.

constantly i used to read smaller posts which also clear their motive, and that
is also happening with this article which I am reading at this place.