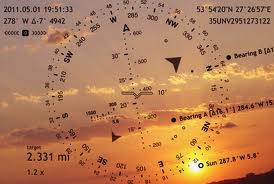 As technology assumes a larger role in everyone's life, it is important to understand that Luddism is a mostly misunderstood phenomenon. In his article, "At War with the Future," in which he provides an accurate account of this very small and relatively insignificant movement of 17th Century English textile workers against the government and efforts to modernize the textile industry and the disproportionately influential legacy that has resulted from this brief moment in history, Richard Jones makes three very important points:

"It seems that machine breakers were motivated by a desire to avoid unemployment and to maintain an existing standard of craftsmanship rather than by simple opposition to technology. When the introduction of new machinery did not 'disadvantage the workers absolutely,' Hobsbawm found no specific hostility to machines" (Jones, 2012).

A member of any of the bands of English workers who destroyed machinery, especially in cotton and woollen mills, which they believed was threatening their jobs (1811–16).

Member of organized groups of early 19th-century English craftsmen who surreptitiously destroyed the textile machinery that was replacing them. The movement began in Nottingham in 1811 and spread to other areas in 1812. The Luddites, or “Ludds,” were named after a probably mythical leader, Ned Ludd. They operated at night and often enjoyed local support. Harsh repressive measures by the government included a mass trial at York in 1813 that resulted in many hangings and banishments. The term Luddite was later used to describe anyone opposed to technological change.

Why would anyone want to be a Luddite? ...

After all, it’s like pushing a rock up a hill only to watch it roll back down.

Many people think it a sacrilege to question the benefits of technology. After all, technology has made our lives easier and more entertaining in so many ways: microwave ovens have taken the difficulty out of cooking; cars and planes have made long-distance travel possible for everyone; television provides endless hours of free entertainment; iPods let us carry our music collections in our pockets; cell phones let us work as if we were in a high rise office building even when we’re riding a bus or sitting in a park; advances in medicine make theoretically possible extreme life-extension for possibly several centuries without a day’s aging; we’ve left the planet and live now permanently in space; computers allow us to complete in a matter of hours what used to take mankind generations to achieve. The list goes on.... So why would anyone take a position that says maybe all this technology is not as wonderful as it seems? Can anyone argue that the pace of technological development in the twentieth century is anything short of miraculous?

Still, it’s possible that the advent of the microwave steals from us the joy of slaving in a kitchen for hours--even days--to create something that for several hours on a summer night becomes the happy experience of a gourmet meal personally prepared and shared with the most important people in your life, resolving the nagging question of what exactly it is that you find missing in life. That the ease with which we collapse and doze wide-eyed before a television each night robs us of the entertainment we used to find in conversation or contemplation. That the iPod has stolen from us the peace of a solitary walk in nature or down a busy city sidewalk. That the smart phones we’ve all come to depend on have silenced forever the real reason we used to go to city parks--the simple fact that the freedom of being unreachable now and then helped us stay sane. That the possibility of eternal life and unending health have forced us to live with so much caution that the joy we used to have in our previous, shorter existences has evaporated, replaced by constant worry that we’ll make a mistake or fuck something up. That the militarization of space has made the universe smaller and more claustrophobic, rather than larger and more enchanting. That the inspiration born of a life spent developing the intellect has been replaced by a machine that requires us to do nothing more than type. Is it possible? I think it’s probable. The voice of Luddism may be more relevant now than ever. If the previous paragraphs strike any sort of chord within; or if they don’t, but you’d like to read more before dismissing the entire argument as nice but quaint, obsolete, and not worth considering, then take a look at the essay entitled, “Is Google Making Us Stupid? What the Internet Is Doing to Our Brains.”

Reference: Carr, N. (2008, July 1). Is Google making us stupid? What the Internet is doing to our brains. The Atlantic Monthly. Retrieved from: http://www.theatlantic.com/magazine/archive/2008/07/is-google-making-us-stupid/306868/.

"A brother offended is harder to be won than a strong city; and their contentions are like the bars of a castle."
Copyright 2015 Education Associates, LP. All rights reserved.