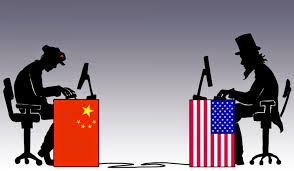 The White House says Russia is behind a cyber-attack that breached the White House computer system. Edward Snowden is in Russia because he says the White House spies on everyone and knows everything. Everyone wants to live in America, but everyone agrees to hate America to ensure they will have a long friends list on Facebook. Except for Russia, who claims that everyone blames Russia for everything, which no one really does. And even if the White House collects information on everyone, they don't know who broke through the White House computer security, except that they were Russian and worked for the government. Or they were a criminal. Or maybe it was someone else. No one is really sure. But it's a big deal, because Bloomberg News has now confirmed rumors of Russian hacking of the American elections that the Republican party spent billions of dollars denying, with Michael Bloomberg himself registering as a Democratic candidate for President. Nothing has resulted from the simultaneous increase and apparent collapse of White House security.

Intelligence, diplomacy, counter-intelligence, politics, and statesmanship were once the solemn, revered, and respected profession of the elite. But Facebook, Twitter, and easy access to hacking apps galore have turned national security and government into a fun-filled and exciting parlor game the whole family can enjoy! Now any illiterate moron with a Twitter account can engage in a fun-filled and exciting round of global conquest.  War is hell only when it is the last resort of the most high, but now it's the first resort of the stupid and greedy, and nothing more than the spectacle of the directionless having fun as they learn the ropes and climb the social ladder....High score! Woooo-Hoooo! The future awaits, trembling with fear.....