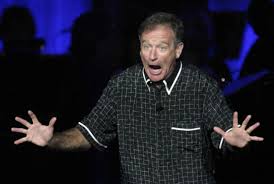 What is so sad about the abuse of technology is not only how people have been dehumanized and reduced to button-pushing, pill-swallowing, automatons indoctrinated into a somnambulant state of compliant consumerism; nor the tragic consequences of people who still heroically try to impose their spirit and joie de vivre on a society that has developed a cannibalistic taste for abusing their fellows when they do rise to the occasion; but the obscene arrogance of those in a position to maintain standards and reign in the monsters who have insulted and humiliated all of us, yet who have too many among us eating out of their hands like little lapdogs.

Edward Snowden's decision to expose the American government's abuse of surveillance technology was in the news recently. Of course, for most people the events of September 11, 2001 are a distant memory, or, like the Nazi Holocaust or the moon landing, are regarded as a fabrication so they can go back to sucking down energy drinks and playing Grand Theft Auto as they voluntarily devolve into a subspecies. Regardless, the effects of using technology as a tool of disseminating dangerous propaganda that, unlike old-fashioned print propaganda, also does lasting physical and psychological damage to its victims, have resulted in Mr. Snowden's dethroning from a hero of a world tired of being violated to an object of abuse for the amusement of idiots. Must we reduce even the most lofty of humanity's strivings to retarded adolescent toilet humor? The participants in the creation of this interview between Edward Snowden and John Oliver have taken the art of satire to a place where it seems to harm those whom it usually seeks to defend.

5 comments on “Really….That’s not funny anymore…”

Nothing to add, just I love to spend time in this website and read every word here.
I this like as well:

Great writings here are always and I really I like everything here.
I this like as well:

Nothing to add, just I love to spend time in this website and read every word here.
I this like as well: