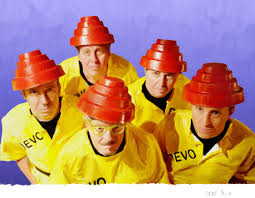 Although there is a debate, it is fairly one-sided. There is no debate that the unasked for, unregulated, unsupervised, uncontrolled, and incomprehensibly rapid pace of technological change being forced on the world has caused irreparable and undeniably harmful changes. There is also no debate that to a large extent, the more we advance technologically, the further we devolve socially, intellectually, psychologically, and in human terms. The only real debate that remains is how extensive and brutal and disturbing will be the changes to humanity as we are forced down a road not of our choosing.

To this argument, there appear to be two schools of thought: One predicts the outcome, already tragic, embarrassing, and obscene, will continue to get worse; the other is largely the argument continually broadcast by the Information Technology industry's apologists who promise with warm, narcotic reassurance a nightmarish Huxleyesque future of inescapable and eternally orgasmic but empty and unearned pleasure.

The Pew Research Center has published expert research that provides insights into this debate. Your fears are not imaginary. In fact, it's probably worse than you think. Regardless, drinking the Kool-Aid is not a pre-ordained act to which we are all required to submit. If you are less than pleased with this turn of events, take a little time to remind yourself that you are an American and have the guaranteed right of individual liberty and the freedom to decline participation in collectivized society.