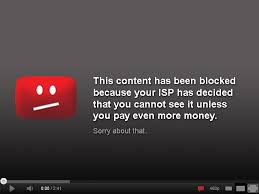 Posted Apr 7 2015 by Moderator in Technology with 0 Comments

Luddites of 17th Century England fought the government to retain a hold on their livelihood and standards of living. The government's recent decision to enforce rules of "net neutrality" designed to prevent private corporations from parceling out better Internet service to the wealthy illustrates the complexity of the "Luddite" debate.
"Net neutrality" proponents view the Internet as a public utility, which it is from an objective standpoint. Telephone service, mail delivery, housing, access to medical care and legal services, education, and work are all institutions designed to serve the general interest and are the basic building blocks of civilization. Privatization and deregulation advocates appear delusional in their insistence that only the very wealthy should enjoy these most basic of human rights.

Luddites fought modernization in their efforts to maintain control of a part of the economy that provided them with the comforts and security their skills and training had earned them. On the surface, the pro-government view of net neutrality seems to be in opposition to traditional Luddism. But the proponents of privatization and deregulation, unlike traditional Luddites, are not threatened with the loss of their income or place in society, and the laws they oppose limit technology for a very different reason: Net Neutrality Passes FCC.