Home / Luddite Film of the Century? 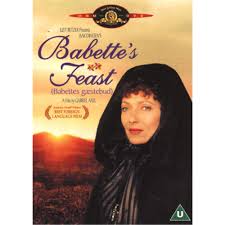 Luddite Film of the Century?

Posted Feb 25 2015 by Moderator in General with 0 Comments

Amidst all the rapid and radical change from carbon paper, leaded gasoline, transistor radios, black and white television, rotary dial phones, and telegraph machines to high-speed Internet, disposable cell phones, space travel, omnipresent surveillance, and high-definition everything in less time than it took to invent the Gutenberg Press, sometimes we forget that the sun and the moon and the stars and the sea haven't noticed.

1987 was not that long ago, but remains an important year in film thanks to the release of Babette's Feast, a classic tale that speaks volumes about the human condition. Check the Films page for more information.